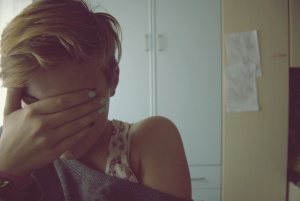 What is a panic attack?

A panic attack is a brief but intense episode of extreme fear and anxiety that something terrible is about to happen. The physical symptoms of a panic attack are connected with the body going into a “fight or flight” mode. While the attacks themselves are not dangerous, the person experiencing a panic attack feels like being under great danger due to the intense physical reactions and fearful thoughts. Panic attacks are characterized by the intense fear of disaster, losing control, dying, fainting, even if there is no actual threat.

The signs of a panic attack occur suddenly and usually reach their peak within 10 minutes, they rarely last more than an hour.
Here is a list of physical and psychological signs that may occur during a panic attack:

Panic attacks occur when our body responds to a perceived threat which triggers the sympathetic nervous system leading to the “fight of flight” response.
This essential for human survival automatic alarm-system dates from our primitive days and helps us to respond appropriately to a threatening situation.
Our bodies are designed to combat short-term stress by responding to an actual danger or challenge with a flood of complex hormonal reactions including the release of adrenaline, noradrenaline and cortisol hormones into the bloodstream. Our biochemistry, physiology and psychology is altered in order to give us extra strength and speed to deal with the threat (e.g. our muscles are tensed and ready for action).

Even though today we are not facing the same physical threats as our ancestors (becoming a lion’s meal…), there are many situations where fear is useful and the fight or flight response can save our life. Imagine what would happen if this automatic response would not work while you cross against a red light on a busy junction with cars coming from all sides?

Modern living is far more complex than it was even 100 years ago. Many stressors are psychological in origin and they are chronic, lasting from days to years.
In our fast-paced and pressured lifestyles our brain cannot distinguish between the stress resulting from a car accident, having relationship problems or facing a hostile work environment. It will react to all with the same fight or flight response which is triggered into action by fear.
Stress whether it is caused by external events or internal thought processes, actual or imagined danger, can have a catastrophic effect on the brain and the body.
Our bodies are equipped to handle short-term stress when a fast reaction is needed. The fight or flight survival response is designed to be triggered occasionally not constantly.

The chronic stress that resolves from many stressful events (financial problems, health issues, relationship problems, work troubles…) along with an emotional coping style that prevents their resolution can bring people to an intense state of anxiety, panic, depression, burnout and living in a state of constant distress. This has detrimental effects on our physical and mental health, our relationships and quality of life.

As the fight or flight response is an automatic alarm that is not controlled consciously, panic attacks can come out of the blue, for no obvious reason. While a single panic attack may last a few minutes, the effects of it leave a traumatic imprint which brings even more fear and anxiety for a future panic attack and the vicious cycle of stress and panic attacks continues…