How learning changes the brain 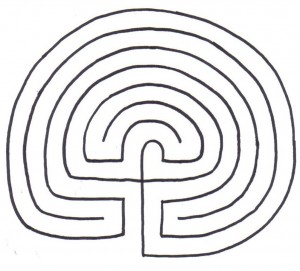 People have the ability to develop across their lifespan, to change their emotional and mental responses, to dissolve the behaviour patterns that kept them away from living fulfilling lives and to form meaningful relationships. Even to recover from serious trauma and disease. The developing potential of the human nature was known to many psychotherapy schools all along and now with the recent dramatic developments in neuroscience there is tangible proof of it.
For many decades the prevailing dogma in neurobiology has been that the human brain is unchangeable and fixed in form and function by reaching adulthood. So basically it doesn’t matter how we evolve because we pretty much are stuck with what we already have…The term Brain plasticity comes to change this limiting perception of the human brain.

Brain plasticity and brain growth
Recent research in neuroscience has not only shown that the brain is continually evolving over our lifetime, but that it is receptive to environmental stimuli and can change in response to stimuli. Brain plasticity refers to the ability of the brain to change its structure and function in response to experience, and to change through new learning in order to adapt to different situations, circumstances and needs.

A neuron is the basic nerve cell. The brain contains nearly 100 billion neurons. The electrical firings and chemical messages running between neurons, are what produce our thoughts, feelings and interactions with the world around us. All the knowledge we possess, both intellectual and emotional, is created by our neurons communicating information to one another.

Neurons unlike other cells, are not renewable but new connections are always unfolding. The heredity of our ancestors in the form of our DNA directly shapes the connections within our brain. Though genes are extremely important in development, we also know that experience shapes our neural connections (synapses) as well. When neurons become active they have the potential to stimulate the growth of new connections among each other. These synaptic connections are created by both genes and by experience. Nature needs nurture. Whatever we chose to reinforce in our brains takes up space and leaves less space for other connections and pathways.

Changes in the brain manifest also as changes in our abilities. For example, when we learn a new language, each new word we learn reflects a change in our brain where new connections are created. When we forget someone’s name, the neurons connected to that memory have been degraded. Plas­tic­ity can also be observed in the brains of bilin­guals (Mechelli et al., 2004). It looks like learn­ing a sec­ond lan­guage is pos­si­ble through func­tional changes in the brain: the left infe­rior pari­etal cor­tex is larger in bilin­gual brains than in mono­lin­gual brains.

The impressive abilities of our brain as manifested in neural (brain) plasticity open new ways for the rehabilitation of people who had suffered brain damage or the possibility of fixing the pathological wiring that underlies psychiatric diseases. Neural plasticity, the change in neural connectivity induced by experience, may be the fundamental way in which psychotherapy alters the brain. Within psychotherapy the focus of attention on various domains of mental, somatic, and interpersonal life can create the neural firing patterns in the brain that enables new synaptic connections to be established (Siegel, 2007).

To summarize: the “trees” of our brain (neurons) are planted from birth, yet the bushes grow and spread throughout our entire life. Our brain has the ability to change through learning and experience, and to produce new nerve cells according to our needs (especially useful when cells are destroyed by accident or illness). Psychotherapy can also begin to create new neural connections: different ways to think, feel or behave.

The following video about brain plasticity shows little Jody who had half of her brain removed at age 3 and how she adapted to this huge change. I was deeply moved when I saw this video and I am grateful to Jody for inspiring me to write this post!

4 Responses to How learning changes the brain